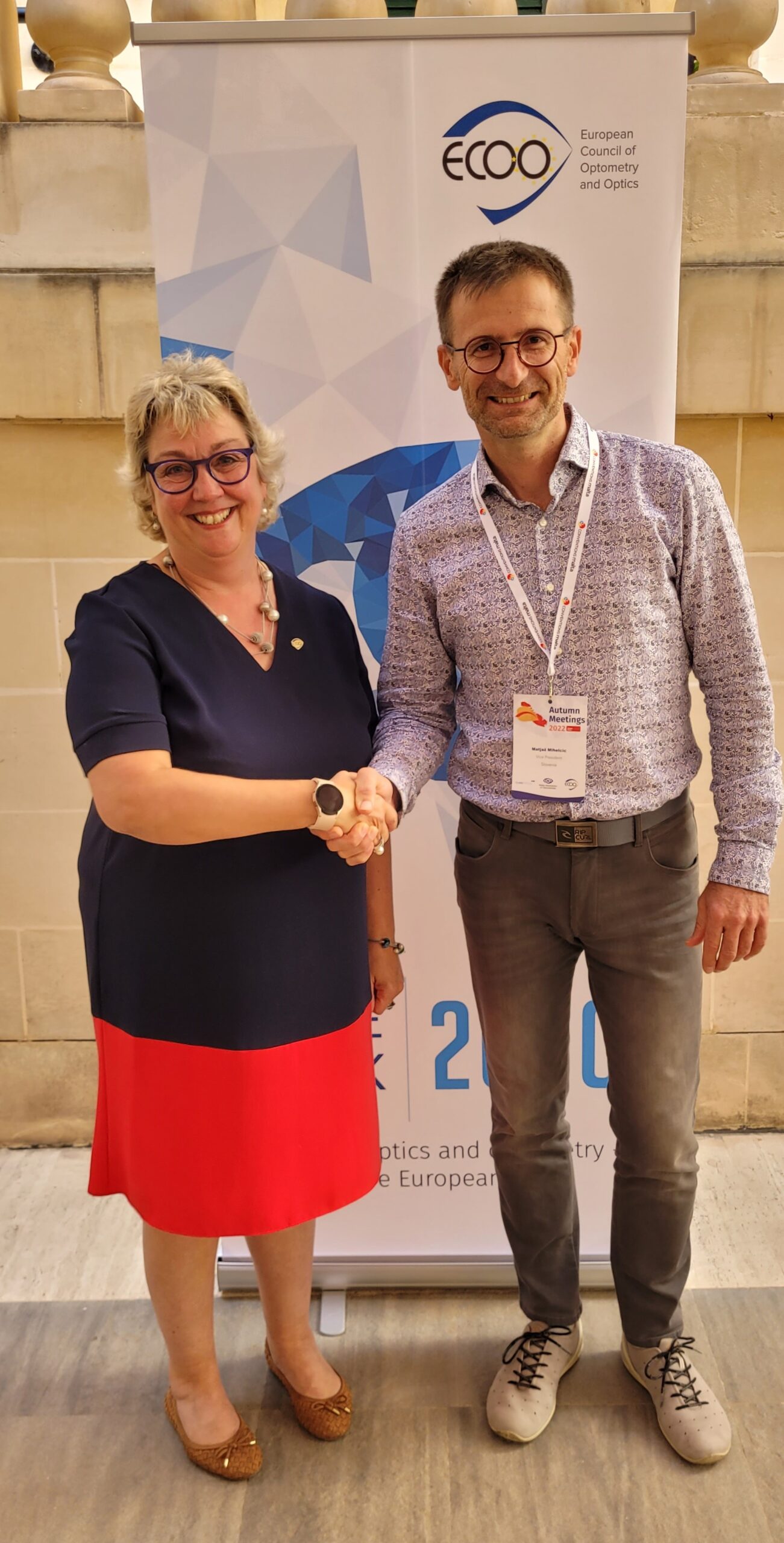 Cindy had served as President from 2018-2020 and stepped back into the role in early 2021 following the resignation of ECOO’s then President Dott. Ing. Massimo Revelli.

Cindy was warmly applauded by all ECOO delegates present, showing their appreciation for the contribution she has made to ECOO. She will remain on the Executive Committee for a further two years as immediate Past President.

Matjaž runs a clinical practice in Bled, Slovenia. He has been President of the Optical Association of Slovenia since 2006 and is founding member of European Academy of Optometry and Optics.

Gabriëlle has been President of Optometristen Vereniging Nederland (OVN) – the Optometry Association of the Netherlands – since 2014.

← Learn how to #LoveYourEyes with new ECOO infographic Myopia management: a comprehensive approach →